Nintendo entered the console market in 1985 with the NES. It had two buttons, a directional pad that allowed players to move in four directions, and supported stunning 8-bit graphics. It was the first successful home console after the bankruptcy of Atari and the video game crash of 1983. Nintendo breathed new life into the fledgling industry. And now, 32 years after entering the console business, Nintendo is releasing its latest hardware: the Nintendo Switch.

The Switch reveal last week led many to doubt Nintendo’s future in the console business. The console will launch with just five games and while it’s very impressive hardware, it’s still less powerful than the Xbox One and PS4 and won’t have as much third-party support as either of those. brackets.

Even though some people may say that the Switch could mark the end of Nintendo in the console manufacturing business, a video game industry without Nintendo is overall a bad thing. The company has led the industry in many ways, and while it may have overtaken Microsoft and Sony in recent years, it still has a lot of influence.

Nintendo’s greatest contribution has long been innovation. They’re not just building systems with better graphics, but thinking about how new technology can lead to new ways to play. The NES introduced the D-pad, allowing more precise control. The SNES simply added two more face buttons, giving the player more inputs. The next big change came with the Nintendo 64.

The N64 was Nintendo’s first 3D console. Players were no longer forced to traverse largely 2D areas. They could now explore vast worlds. Hyrule Field has grown from a series of screens to one large open space. Link could stand at one end and see the other end of the field disappear into the horizon. Mario no longer had to jump up and down on a scrolling 2D screen while running. The D-pad didn’t quite cut it when gamers suddenly needed to move in more than four directions, so the Japanese toymaker introduced the analog stick. Suddenly it was easy to spin around, jump through holes, or move blocks around seedy dungeons. The shoulder buttons also added more inputs without overwhelming the controller face.

The console itself was a graphics powerhouse back then. And the way the company translated many of its most popular franchises from 2D to 3D without losing what made each game great was a triumph in game design. Auto-lock and jump, which was first introduced in The Legend of Zelda: Ocarina of Time, changed the way players interact with simple things like jumping between ledges and tracking enemies as they jump and glide through the arenas. Not only did Nintendo think about how they could move games forward, but also how their games should move forward.

The innovation has never been about having the most powerful and sleekest box, but using all the unique attributes they have imbued into their consoles to add unique leaves to their games that no other console could offer. They showed the world a new way to experience video games at home with the NES, and then presented a way to take those experiences with the GameBoy. The Nintendo DS went further by using a dual-screen structure, with the bottom screen being a touchscreen. Not only could face buttons be used to play, but the touchscreen allowed for multiple unique inputs, changing the way we interact with titles. Mario Kart simply used it as a place to display the map, while The Legend of Zelda switched Link’s control completely to the bottom screen. 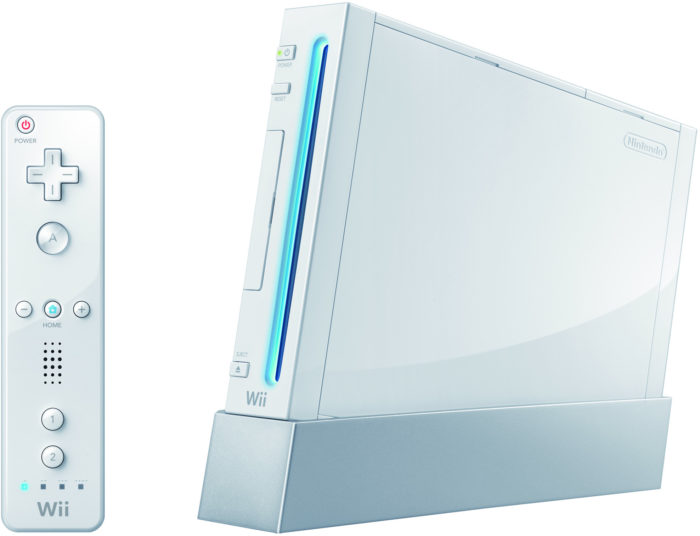 Another excellent example of this is the WII. Motion controls were an incredibly new concept in 2006. Not only did the Wii Remote and Nunchuck replace some traditional button inputs with waves and ripples, it made video games more accessible. Nintendo has constantly reinvented the way we think about interaction in games.

A world without Nintendo would mean a world without this kind of innovation. Consoles released by Sony and Microsoft have improved graphics and controllers, but the way the player interacts with the game hasn’t changed much in over 20 years. Nintendo implements new technologies such as motion control and touchscreens in its devices, even if it means that they have to develop their games around these features.

The Wii U didn’t take off as Nintendo probably hoped, but it offered a new way to interact with a home game console. A controller mixed with a tablet gave gamers a similar experience to the Nintendo DS but on a grander scale. Even the 3DS, which was pretty much just a DS with an analog stick and 3D without glasses, was a breath of fresh air.

Look at just about any of Nintendo’s systems they’ve released over the past 30 years and you’ll also see a shift in the way the gaming industry approaches gameplay and control. The Nintendo Switch is just the next step in Nintendo’s gaming revitalization. They never cared about having the best graphics or releasing the most games, they always strive to offer something different. Without Nintendo, the idea of ​​playing games on a TV and seamlessly transitioning to handheld gaming likely wouldn’t have become a reality, at least not for years.

Video games need Nintendo. Of course, their series could easily be expanded for other platforms, but the way they use their unique consoles to implement unique and thoughtful ideas into their titles cannot be replicated. They may not have – and they may never get back – the monopoly they once had in the marketplace, but if they continue to focus on innovation and coming up with new ways to play that no other publisher offers, we will all have more fun. play games.

Nintendo’s identity is built on its past as a toymaker. The more weird and wacky products he puts on the shelves, the more players have to enjoy. We need Nintendo to keep doing what they’re doing. There’s a reason everyone’s ears perk up when the company announces a new console. It is understood that a Nintendo console will always be something different, standing out from the competition, regardless of its flaws.

Xbox and PlayStation aren’t that different these days, so we need a third player to deliver an incredibly different take on video games, and Nintendo does just that.

Witchy Adventure Cotton Fantasy is coming to PlayStation and Nintendo consoles on May 20 – GameSpace.com

I bought a PS5 after only owning Nintendo consoles

What PlayStation, Xbox, And Nintendo Consoles Would Look Like If They Made It Theirselves – GEEKSPIN